Harry Lonschein (1886-1977), an ambitious 16-year-old Romanian immigrant, found employment at Brewster & Co, one of the country’s oldest carriage makers in 1903. At that time Brewster was making the transition from one of the country’s oldest carriage makers to one of its first automobile body builders. In addition to building their own assembled car starting in 1915, Brewster was the NY agent for Delaunay-Belleville and later Rolls-Royce. During his employment there, Lonschein gained a lot of experience building high class enclosed bodies on the world’s finest chassis. At about the same time that Rolls-Royce opened their Springfield, Massachusetts assembly plant in 1921, Harry, along with a couple of partners, Sam Blotkin and Julius Veghso (1874-1964) formed the Rollston Company and moved into a building located on West 47th Street. They paid homage to their favorite chassis by naming the firm after it, and set out make the highest quality bodies possible. Veghso, a graduate of Andrew F. Johnson’s carriage drafting course, and a very experienced coachbuilder had founded the Perfect Body Co., an early coachbuilder who built bodies for Singer and other luxury chassis. Lonschein served as president, Blotkin, its secretary-treasurer, and Veghso the firm’s designer, draftsman and general superintendent of the factory. 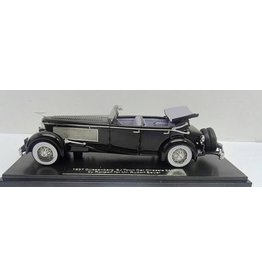 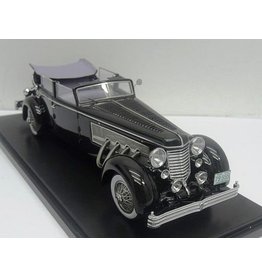