Isotta Fraschini was an Italian luxury car manufacturer, also producing trucks, as well as engines for marine and aviation use. Founded in Milan, Italy, in 1900 by Cesare Isotta and the brothers Vincenzo, Antonio, and Oreste Fraschini, in 1955 it was merged with engine manufacturer Breda Motori and renamed F.A. Isotta Fraschini e Motori Breda. The company went bankrupt in 1999. In 2000, a new company was founded as a subsidiary of Fincantieri, under the name of Isotta Fraschini Milano based in Bari. 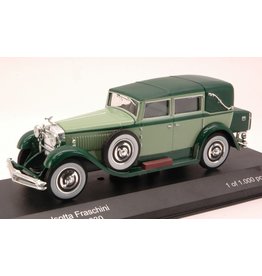