Hillman is a British automobile marque created by the Hillman-Coatalen Company, founded in 1907, renamed the Hillman Motor Car Company in 1910. The company was based in Ryton-on-Dunsmore, near Coventry, England. Before 1907 the company had built bicycles. Newly under the control of the Rootes brothers, the Hillman company was acquired by Humber in 1928. Hillman was used as the small car marque of Humber Limited from 1931, but until 1937 Hillman did continue to sell large cars. The Rootes brothers reached a sixty per cent holding of Humber in 1932 which they retained until 1967, when Chrysler bought Rootes and bought out the other forty per cent of shareholders in Humber. The marque continued to be used under Chrysler until 1976. 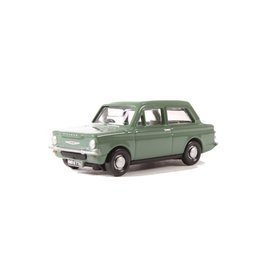