The new Vector Aeromotive Corporation created a car called the Vector M12, which was loosely based on the WX-3 but powered by a version of the Lamborghini Diablo V12 engine. Consequently, some work on the M12 was handled by Lamborghini. As such, many of the essentially American "spirit" characteristics of previous editions did not carry over to the M12.

Production of the M12 began in 1995 in Florida, and the car was introduced at the 1996 North American International Auto Show in Detroit, where Vector displayed two examples. Production was shuttered late in 1996 when the $189,000 cars did not meet projected sales targets. Production resumed after MegaTech sold off Lamborghini (to Audi) and Vector (to management). By early 1999, only 14 M12s were produced. Lamborghini did not fulfill its contracted delivery of motors due primarily to Vector's inability to pay for them. It was alleged that Tommy Suharto, son of Indonesian strongman General Suharto and a MegaTech principal, illegally embezzled from the company for his own personal gain.

According to one story, Lamborghini took a W8 for payment for the engines, but since the W8 in question was still Wiegert's property at the time, he took the case to court. He won it back, although Lamborghini, now owned by Volkswagen, has since refused to give the car back. 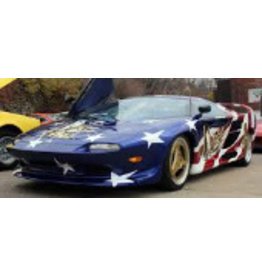