The abbreviation TVR stems from the name of the company's owner Trevor Wilkinson, his first garage sporting the letters T, V and R. The history of TVR can be divided into several eras, each of which is associated with the company's owner at the start of that period:

Trevor Wilkinson (14 May 1923 – 6 June 2008) was born in Blackpool and left school at 14 to start an engineering apprenticeship at a local garage.

In 1946, he purchased an old wheelwright's workshop in Beverley Grove, Blackpool, to start an engineering business that he named Trevcar Motors. Initially, the company performed general engineering work (not always automobile related), and would also refresh and service cars and trucks.[citation needed] In 1947, local auto enthusiast Jack Pickard joined the company. Trevcar Motors was subsequently renamed to TVR Engineering (dropping several letters from Wilkinson's first name), and it continued to find general mechanical engineering work through the following years. 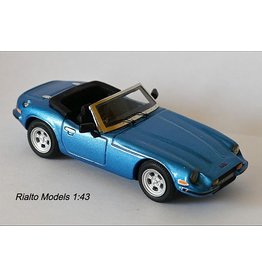