Until 1961, the plant was called the Stalingrad Tractor Plant named for F. Dzerzhinsky (Russian: Сталинградский тракторный завод им. Ф. Э. Дзержинского, Stalingradski traktorni zavod im. F.E. Dzerzhinskogo, or СТЗ, STZ). It was one of the first industrial facilities to be built as part of the planned rapid industrialization of the USSR, which was adopted in the late 1920s. The foundation stone was laid in a groundbreaking ceremony on July 12, 1926. 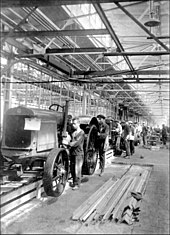 Stalingrad Tractor Plant in the 1930s

Construction of the plant was carried out with the involvement of experts from Western countries, primarily the United States. It was designed by Albert Kahn Associates Inc., the company started by Albert Kahn, the architect for Henry Ford.In 1928, a group of Soviet engineers visited Kahn's office with an order for designing and building the Stalingrad Tractor Plant, and in April 1929, the Soviet trade representative Saul Bron signed the contract with Albert Kahn. The full value of the contract, including equipment, was US$30 million, which would equate to about US$450 million in today's money. 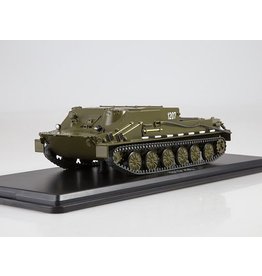 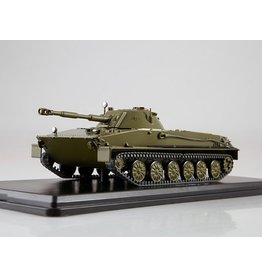