The firm was founded in 1919 (103 years ago) by the brothers Antonio, Bernardo, Giovanni, and Costanzo Fissore. Originally they built horsecarts and only later expanded into repairing automobiles and trucks. In 1936 Bernardo took the reins and began constructing special bodies for automobiles, funeral vehicles, mailcars, and small buses. During World War II, Fissore built military vehicles.

After the war, private vehicles once again became the focus. In 1947 a Fiat 1100-based estate appeared, called the "Giardinetta". In 1953 Fissore presented the Fiat 1100 TV, a uniquely designed coupé designed by Mario Revelli. Further Fiat-based cars appeared, helping to grow the company to the point where about 200 people were employed by the mid-sixties. At this time, Fissore also began designing bodies for other companies and also building small series or single cars. DKW, TVR, and De Tomaso were amongst the first clients. They may not have had the reputation of Pininfarina or Bertone, but they did have a worldwide presence and a good repute.

In 1969 Fissore secured a contract to body the majority of Monteverdi's cars in the High Speed-series. This provided a steady stream of work, although the expected orders of 100 cars per year did not materialize until the 1976 introduction of the Safari off-roader. The volumes reached during these year forced Fissore to give up their artisan methods in favor of a more industrial mode of production. Monteverdi provided financial aid in acquiring the necessary presses, and in return received a stake in the company and ended up taking full ownership in the late seventies. When Monteverdi closed doors in 1984, Fissore also shut down and was liquidated shortly thereafter. 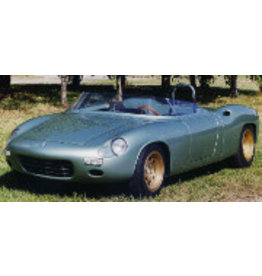