e London Taxi Company was a taxi design and manufacturing company based in Coventry, England. It formerly traded as London Taxis International and Carbodies.

It operated a coachbuilding business on Holyhead Road, Coventry. After half a century making short runs of limited demand bodies for major manufacturers it was obliged to replace these now moribund activities and in 1971 took from its former customer and supplier of taxi chassis, Austin, the manufacture of complete London taxicabs. Two years later was bought by Manganese Bronze Holdings.

Rebranded as The London Taxi Company in October 2010, it was placed in administration in October 2012, with certain assets purchased by Geely to form what is now the London EV Company. 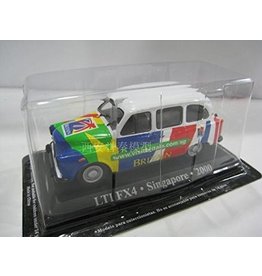