Seddon Atkinson Vehicles Limited, a manufacturer of large goods vehicles based in Oldham, Greater Manchester, England, was formed after the acquisition in 1970 of Atkinson Vehicles Limited of Preston by Seddon Diesel Vehicles Limited of Oldham. In 1974, the firm was acquired by International Harvester, which sold it in March 1984 to the Spanish group Enasa which made it a subsidiary of Pegaso. In 1990, it became part of Iveco which used the brand for various types of specialised vehicles in the United Kingdom. The range of models produced included EuroMover, Pacer and Strato, which are aimed at refuse collection, recycling and construction operators.

Iveco announced its decision to manufacture Seddon Atkinsons in Spain in 2005, and shortly afterwards the brand name was incorporated into the mainstream Iveco catalogue. The Oldham manufacturing facilities were shut down in 2004, and the offices were closed at the end of 2006.

Recent Seddon Atkinson vehicles were readily identifiable from other Iveco products because of the company's former Atkinson logo, a large letter 'A' within a circle, usually in chrome (or chrome-effect) on the radiator grille. The circular Atkinson logo dated from 1937, supplemented by the 'Knight Of The Road' badge between the early 1950s and late 1970. 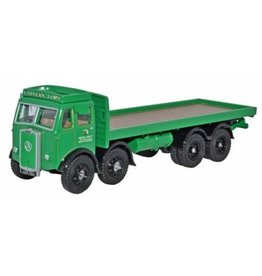