Avro was a British aircraft manufacturer. Its designs include the Avro 504, used as a trainer in the First World War, the Avro Lancaster, one of the pre-eminent bombers of the Second World War, and the delta wing Avro Vulcan, a stalwart of the Cold War.

Avro was founded in 1910 by Alliott Verdon Roe at the Brownsfield Mill on Great Ancoats Street in Manchester. The company remained based primarily in Lancashire throughout its 53 years of existence, with key development and manufacturing sites in Alexandra Park, Chadderton, Trafford Park, and Woodford. The company was merged into Hawker Siddeley Aviation in 1963, although the Avro name has been used for some aircraft since then. 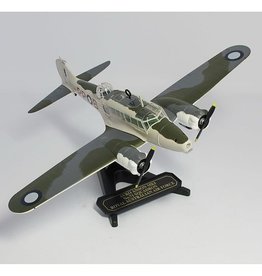