BRM was founded just after the Second World War by Raymond Mays, who had built several hillclimb and road racing cars under the ERA brand before the war, and Peter Berthon, a long-time associate. Mays' pre-war successes (and access to pre-war Mercedes-Benz and Auto Union design documents) inspired him to build an all-British grand prix car for the post-war era as a national prestige project, with financial and industrial backing from the British motor industry and its suppliers channelled through a trust fund.

This proved to be an unwieldy way of organising and financing the project, and as some of the backers withdrew, disappointed with the team's slow progress and early results, it fell to one of the partners in the trust, Alfred Owen of the Rubery Owen group of companies. Owen, whose group primarily manufactured car parts, took over the team in its entirety. Between 1954 and 1970 the team entered its works F1 cars under the official name of the Owen Racing Organisation. Berthon and Mays continued to run the team on Rubery Owen's behalf into the 1960s, before it was handed over to Louis Stanley, the husband of Sir Alfred's sister Jean Owen. 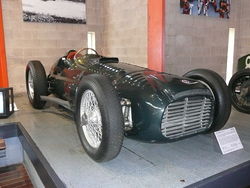 A factory was set up in Spalding Road, Bourne, Lincolnshire, behind Eastgate House, Mays' family home, in a building called 'The Maltings' (the adjacent former ERA works, vacated in 1939 and sold to neighbouring Bus operator Delaine who still use the old ERA building as an Office and Stores. It was briefly requisitioned in 1944 as a billet for the Parachute Regiment as it regrouped before going to Arnhem). Several people involved with ERA returned to the firm to work for BRM, including Harry Mundy and Eric Richter. The team also had access to a test facility at Folkingham aerodrome. 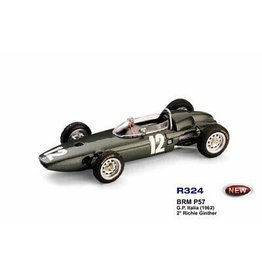