Pininfarina S.p.A. (short for Carrozzeria Pininfarina) is an Italian car design firm and coachbuilder, with headquarters in Cambiano, Turin, Italy. It was founded by Battista "Pinin" Farina in 1930. On 14 December 2015, Mahindra Group acquired Pininfarina S.p.A. for about €168 million.

At its height in 2006, the Pininfarina Group employed 2,768 with subsidiary company offices throughout Europe, as well as in Morocco and the United States. As of 2012, with the end of series automotive production, employment has shrunk to 821. Pininfarina is registered and publicly traded on the Borsa Italiana (Milan Stock Exchange). 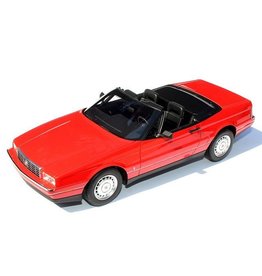