Home / Brands / Condor-Werke AG
The Condor adventure started in 1893, when Edouard Scheffer, a Frenchman, built a factory for metal products in Courvaivre. In the same year, when he and his brother created a factory named “Scheffer Freres”, the English and the French knew the explosion of bicycle production. The Swiss postal services and the army began to buy these products, so there was plenty of space for this new kind of horseless vehicle. In order to meet the market demand, a small motorcycle - in fact a reinforced bicycle with 1.5 HP, no gears and no clutch - was developed. It could reach a top speed of 50 km/h. After it, two bigger sisters arrived, with 3 HP and 5 HP engines. The first step was made, so the factory changed its name in 1901, calling itself “Manufacture Suisse des Cycles et Motos” and after a while, “Condor-Werke-AG”.

The year 1908 came with a light 1.25 HP version with a Motosacoche engine, which had no gearbox and featured bicycle pedals. Before 1914 Condor SA was making bicycles for the Swiss army, bicycles which had a lot of technical problems. Year after year, being tested by the army and the police, the models were improved and even if after the war the market was overwhelmed with cheap motorcycles from abroad, Condor products resisted, the most popular model being the “Motochassis 250cc”, which had a MAG engine and a three speed gearbox.

In 1925, the company had eleven models on sale, bikes with different capacities: 250cc single cylinders and V-twins with 449, 749 and 998cc. But the situation changed a little bit after the World War II, when the company faced a lot of problems in finding materials. On these conditions, the company decided to develop new models with new engines. Because the MAG engines were no longer available, Condor used BMW and Zundapp boxer engines. The first bikes with a Condor signature on it were the A580 and the A750, designed for the army. A Condor A1000 - known as a Motosacoche A 1000 - featuring a MAG twin was also produced during the war.

The 50's arrived with some changes for the A580 and A750, both bikes being upgraded to a new rear suspension and another front fork, not to mention new names: A580-I and A750-I. On that period of time, there was a two cylinder two stroke 346cc model, called “racer”, which was successful. Year after year, the army needed different machines, so at the end of the 50's, Condor created for it a 250cc single cylinder machine which used a 246cc Maserati engine. Just 30 bikes were built.

Ten years later, another bike, more powerful than the later A250, was created for the same Swiss army. For that bike, A350, Condor used a Ducati engine. The machine, well known in Europe and still being used by the Swiss army, was the last model produced by Condor. The motorcycle production ended in 1978, but until 1995 the company kept manufacturing bicycles.
Sale 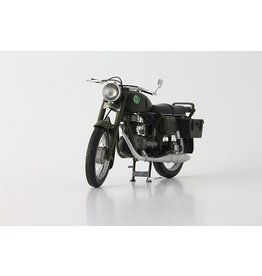 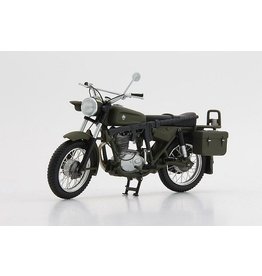 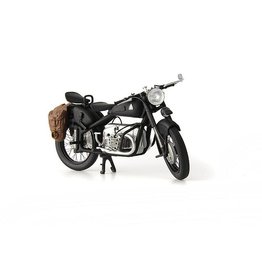