The wealthy World War I flying ace Reginald Sinclair was the first owner of this Duesenberg SJ, where the ‘S’ stands for ‘Supercharged’. Like other Duesenberg owners, he had to pay approximately 20,000 dollars for his new car; that was 8,500 for the chassis with engine and 12,000 for the coachwork, in this case a LaGrande with a V-shaped windshield by Rollston. By comparison, a Ford cost 500 dollars at the time. For the price of this chassis alone you could buy 17 Fords.

The supercharger allowed the engine to produce 320 hp, so that the car could reach a top speed of 210 km/h. The supercharger did however take up a lot of room, hence the reason why the exhaust pipes were placed outside the bonnet. This gave the car such a powerful appearance that these chromed pipes were offered as an option to the owners of the Duesenberg J (without super-charger), for 1,000 dollars.

Despite the fact that the J and SJ models generated good sales figures, the Depression caused the marque’s demise and Duesenberg closed down in 1937. About 35 examples of the SJ were produced. This is the only example with coachwork by LaGrande. 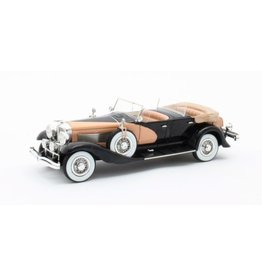 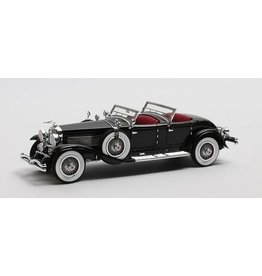