Duple Coachbuilders was a coach and bus bodybuilder in England from 1919 until 1989.

Duple Bodies & Motors was formed in 1919 by Herbert White in Hornsey, London. Before World War I, he had briefly built cars under the Bifort name in Fareham, Hampshire. 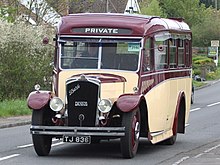 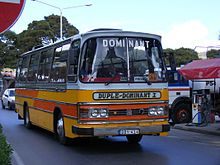 The name Duple is intended to convey the principle of a single vehicle being suitable for a dual role, an idea Herbert White developed. The first vehicle of this type was called the Bifort. Subsequently, former military Ford Model Ts were fitted with the newly designed dual-purpose bodywork. The bodies looked like a small touring car, but could be transformed into a van by removing the decking at the rear of the car and fitting a van top. This type of vehicle had enormous appeal to the owners of small businesses, who were able to obtain a working vehicle and private car for little extra, and soon bodywork of this type was being produced in substantial numbers. The 'convertible' body, as it was known internally, was built on Morris Cowley and Oxford chassis as well as the Ford T; as well as the standard van top there was a pick-up and even a version with raising sides and slide-out display shelves for use in markets, production ceasing around the end of the 1920s although Duple continued to repair and service examples for many years afterward. 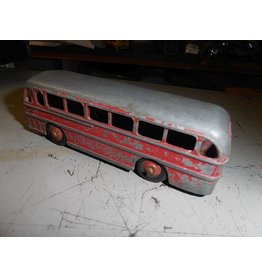