Eidgenössische Konstruktionswerkstätte English: "Federal Constructions Works", short K+W, was a Swiss state-owned enterprise, with the aim of making the Swiss military independent of foreign sources for its equipment needs. It was established in 1867 in Thun and produced artillery, vehicles and other typical military equipment. In 1914 Switzerland put in an effort to make itself independent of foreign suppliers of military aircraft and started the production of the DH-1 in Thun. Long-standing connections to the ETH Zurich ensured the necessary know-how. 1940 the aviation department moved from Thun to Emmen and in 1943 it became a separate unit of the Swiss Armed Forces independent under the name of Eidgenössisches Flugzeugwerk (F+W) (Federal Aviation Works). The Eidgenoessische Konstruktionswerkstaette focused now on the production of armoured fighting vehicles for the Swiss Army, both of its own designs and licensed production of M113 armored personnel carriers and Leopard 2 tanks and other land systems for the Swiss Army. Since 1995 it changed its name several times, started exporting and is now part of RUAG Defence.

There is a museum of the company tanks in Thun, Bern, Switzerland. 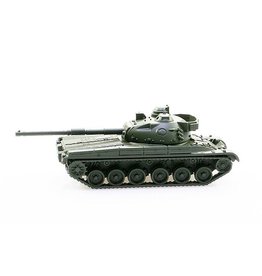 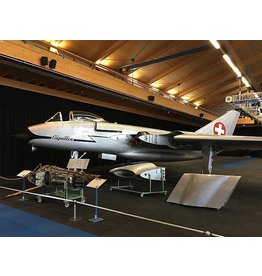 AIGUILLON, N-20, 1/72
The EFW N-20 Aiguillon (in English: "Stinger") was Switzerland's first indigenous jet fighter aircraft. The Swiss Federal Aircraft Factory developed a design for a four-engined swept winged fighter following the end of the Second Wo
Add to cart
N-20 AIGUILLON PROTOTYP LE
€185,70
€157,84
Please accept cookies to help us improve this website Is this OK? Yes No More on cookies »