Gruppo Bertone, commonly known simply as Bertone, was an Italian automobile company, which specialized in car styling, coachbuilding and manufacturing. Bertone styling is distinctive, with most cars having a strong "family resemblance" even if they are badged by different manufacturers. Bertone has styled cars for Abarth, Alfa Romeo, Aston Martin, Citroën, Ferrari, FIAT, Iso, Lancia, Lamborghini, Mercedes-Benz, Opel and Volvo, among others. In addition, the Bertone studio was responsible for two of the later designs of the Lambretta motorscooter. In the late 1980s, Bertone styled the K20 motorcycle helmet for Swiss bicycle and motorcycle helmet manufacturer Kiwi.

After its bankruptcy, the Bertone name was retained by some of its former employees who continued as a Milan-based design company, Bertone Design. 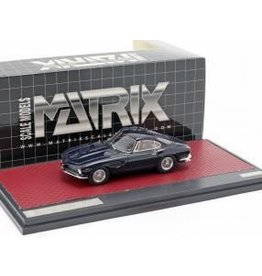