Flug- und Fahrzeugwerke Altenrhein AG (FFA) (English: Flight and Driving Vehicle Plant Altenrhein) was a Swiss aircraft and railroad car manufacturing company based at Altenrhein. It was originally part of Dornier Flugzeugwerke, but was split off in 1948.

In the years following World War II, FFA manufactured fighter aircraft for the Swiss Air Force, based on Morane-Saulnier designs as the D-3803. These were eventually replaced in service by surplus P-51 Mustangs.

In the 1950s, FFA developed a jet fighter, the P-16. The P-16 project, while promising, was cancelled after two crashes, and Hawker Hunters were bought instead. Also the project for a Bizjet SAAC-23 was cancelled. In the 1960s the company built the Diamant series of sailplanes.

In 1987, the company was bought back by Dornier. 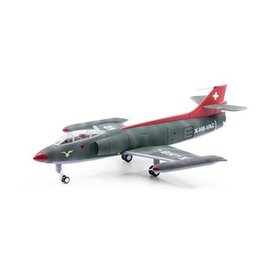 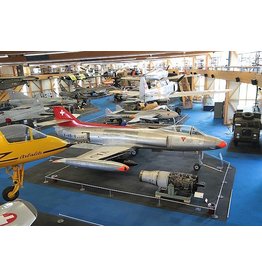 P-16, FFA, JET, WITH WEAPONS, 1/72,metal model.
The FFA P-16 was a Swiss prototype ground attack jet fighter designed and produced by aircraft manufacturer Flug- und Fahrzeugwerke Altenrhein. It was Switzerland's second attempt to develop a domestically
Add to cart
FFA P-16 JET X-HB-VAD WITH ARMEMENT
€188,80
€160,48
Please accept cookies to help us improve this website Is this OK? Yes No More on cookies »