Hanomag (Hannoversche Maschinenbau AG, German pronunciation: [ˈhano:mɐx]) was a German producer of steam locomotives, tractors, trucks and military vehicles in Hanover. Hanomag first achieved international fame by delivering numerous steam locomotives to Finland, Romania and Bulgaria before World War I and making of first tractor Hanomag R26 in 1924 in Germany. In 1925, they added automobiles to their line, additionally moving in 1931 into the production of construction machinery. Since 1989, the company has been part of the Komatsu company. 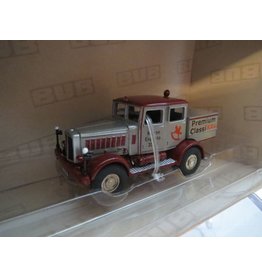