The origin of Carosserie Graber goes back to 1925 when Hermann Graber started as an independent coachbuilder in Wichtrach near Bern. Of the various Swiss coachbuilders, Carrosserie Graber is undoubtedly the most well known and successful. Hermann Graber, who was born in Wichtrach, learned the coachbuilding trade from his father, becoming a well respected builder of horse-drawn vehicles before making his first automobile body for a Fiat 508 in 1927. He achieved additional fame in St. Moritz two years later, as he won the Concours d'Elegance for his work on a Panhard-Levassor 20 CV - an achievement that undoubtedly expanded his international renown and eventually resulted in additional commissions from Alfa Romeo, Bentley and others. 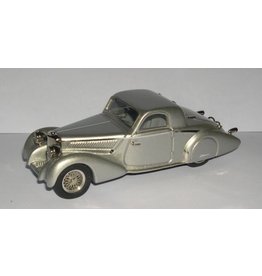