The Kharkiv Tractor Plant was one of two major tractor plants (the other at Chelyabinsk) built as one of 'the giants of the first five-year plan' - the Sergo Ordzhonikidze Kharkiv Tractor Works. In the 1920s tractors had been seen as a way of improving agricultural production and persuading the peasantry of the merits of the regime and voluntary collectivisation. But it was said that in the Spring of 1929 only 5 were functioning in the Ukraine where a huge amount of agricultural production took place.

Tractor production was therefore an important part of the new five-year plan. But with policies of forced collectivisation and 'the liquidation of the kulaks as a class', tractors became even more important symbolically and practically - to increase output and to compensate for the widespread loss of horses which were slaughtered in peasant resistance to forced collectivisation.

The building of the Kharkiv plant began in 1930 in fields outside of the city. The aim was a plant that would eventually make almost everything needed for a tractor from the iron and steel to the most complex parts. Building involved some 10,000 workers, 2000 horses, 90 million bricks, 160,000 tons of steel and 100,000 tons of iron. The building workers were former peasants escaping collectivisation, demobilised Red Army soldiers and some members of the Komsomolsk. They lived in primitive conditions in some 1500 wooden barracks.

Bricks were made on site with kilns constructed for the purpose and using local clay - some of which was dug out of the foundations. Materials were often hauled by hand and sleds. There were few machines - 24 powered concrete mixers and 4 gravel crushers. Building techniques too often had to be learned on site by workers who in the past might only have built wooden peasant houses with their brick stoves.

Workers were encouraged by the propaganda of the time which praised heroes like the bricklayer Arkady Mikunis who was said to have laid 12,000 bricks in a day in a contrived example of fast work or a young woman, Varva Shmel, who went from being a peasant girl to a mechanic. The plant had its own newspaper (Temp) and agitators. Forms of socialist competition were the used and slackers could be punished by denunciation on wall newspapers.

The shell of the plant was competed by July 1931. Some five hundred specially selected workers were sent on special training courses in Moscow and Leningrad to learn how to use the new imported equipment. The first test tractors were produced in August and full production begun in October 1931. The opening of the plant was a major propaganda event both in the Ukraine and the wider USSR. 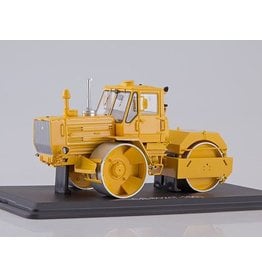 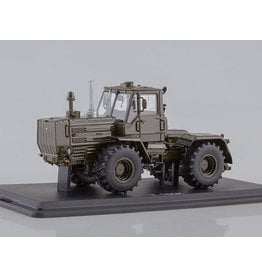 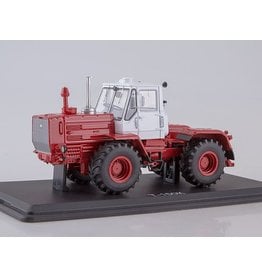