In 1868 it was purchased by Nikolay Putilov and named the Putilov Company; it initially produced rolling stock for railways. It boomed during the industrialization of the 1890s, with the work force quadrupling in a decade, reaching 12,400 in 1900. The factory traditionally produced goods for the Russian government and railway products accounting for more than half of its total output. Starting in 1900 it also produced artillery, eventually becoming a major supplier of it to the Imperial Russian Army alongside the state arsenals. By 1917 it grew into a giant enterprise that was by far the largest in the city of St. Petersburg.

In February 1917 strikes at the factory contributed to setting in motion the chain of events which led to the February Revolution. After the October Revolution it was renamed Red Putilovite Plant (zavod Krasny Putilovets), famous for its manufacture of the first Soviet tractors, Fordzon-Putilovets, based on the Fordson tractor. The Putilov Plant was famous because of its revolutionary traditions. In the wake of Sergey Kirov's 1934 assassination, the plant was renamed Kirov Factory No. 100.

In World War II, the KV-1 tank was manufactured here. Starting around 2004 the Dartz T-98 Kombat luxury armored vehicle, somewhat reminiscent of the AM General Hummer, has been constructed at the Kirov site.

Kirov Plant delisted from the Moscow Exchange in 2011. 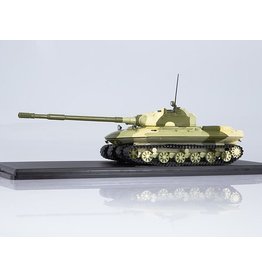 Object 279 Kotin (Объект 279 Котин) was a Soviet experimental heavy tank developed at the end of 1959.

This special purpose tank was intended to fight on cross country terrain, inaccessible to conventional tanks, acting as a heavy breakthrough tank, an
Add to cart
OBJECT 279 TANK
€47,85
€43,07
Sale 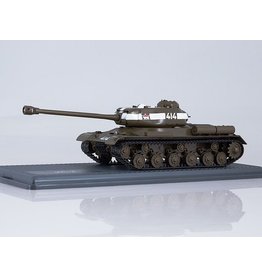