Ligier is a French automobile and minibus maker created by former racing driver and rugby player Guy Ligier, specialized in the manufacturing of microcars. Ligier is best known for its involvement in the Formula 1 World Championship between 1976 and 1996.

In collaboration with Automobiles Martini, the Ligier-Martini entity offered sports prototypes used in endurance or hillclimbing (CN). After the announcement of the creation of the new category LMP3 by the ACO, Ligier and Martini associated with Onroak Automotive (the manufacturer department of OAK Racing) to offer a full range of prototypes (CN, LMP3, LMP1 and LMP2) . 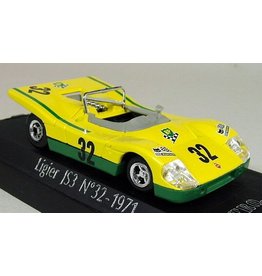