Team Menard was an auto racing team in the NASCAR Cup Series, Indianapolis 500 and Indy Racing League owned by John Menard, Jr. From 1991 to 1996 they modified their own Buick V6 engines for racing. This combination won pole for the 500 with Scott Brayton in 1995 and 1996; Tony Stewart used this combination for the first part of his 1996-1997 IRL Championship. With more stringent regulations, the team continued to shine winning the 1999 championship with Greg Ray. However, with the influx of former CART teams to the IRL in the early 2000s, Team Menard struggled to compete for wins and the team merged in 2004 with Panther Racing, although their car continued to carry Menard's colors and be driven first by Mark Taylor, who was then replaced by Townsend Bell. In 2005, Menard's was an associate sponsor for another team and the former Menard No. 2 car driven by Tomáš Enge carried no identification to its Menard lineage. For 2006, the No. 2 car was dropped by Panther and all vestiges of the once dominant Team Menard lineage disappeared until the spring of 2008 when Menards became a primary sponsor on the No. 20 Vision Racing Dallara driven by Ed Carpenter in the IndyCar Series.

The Menards sponsored cars in of Paul Menard and Matt Crafton (NASCAR) as well as Frank Kimmel (ARCA) currently use the "Team Menard" name in some sponsorship-related materials, while TeamMenard.com was a portal to information on these drivers and their sponsor, however, Team Menard is not the name of any of their race teams and none of those cars are owned by John Menard. The URL currently redirects to the Menards home page.

Menard also had a NASCAR team running the No. 13 car. Robby Gordon ran a majority of the races in 2000. 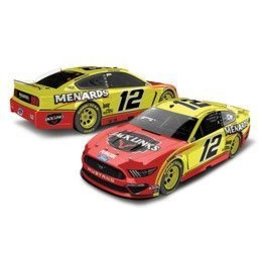