Messerschmitt AG (German pronunciation: [ˈmɛsɐʃmɪt]) was a German share-ownership limited, aircraft manufacturing corporation named after its chief designer Willy Messerschmitt from mid-July 1938 onwards, and known primarily for its World War II fighter aircraft, in particular the Bf 109 and Me 262. The company survived in the post-war era, undergoing a number of mergers and changing its name from Messerschmitt to Messerschmitt-Bölkow-Blohm before being bought by Deutsche Aerospace (DASA, now part of Airbus) in 1989. 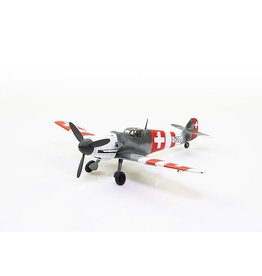