Morris Motors Limited was a British privately owned motor vehicle manufacturing company formed in 1919 to take over the assets of William Morris's WRM Motors Limited and continue production of the same vehicles. By 1926 its production represented 42 per cent of British car manufacture—a remarkable expansion rate attributed to William Morris's practice of buying in major as well as minor components and assembling them in his own factory. Self-financing through his enormous profits Morris did borrow some money from the public in 1926 and later shared some of Morris Motors' ownership with the public in 1936 when the new capital was used by Morris Motors to buy many of his other privately held businesses.

Though it merged into larger organisations in 1952, the Morris name remained in use until 1984, when British Leyland's Austin Rover Group decided to concentrate on the more popular Austin brand.

Until 2014 Morris Oxford vehicles (based on the 1954-59 Oxford) were manufactured with periodic enhancements in India by Hindustan Motors.

The Morris trademark is currently owned by the China-based automotive company SAIC after being transferred from bankrupt subsidiary Nanjing Automotive. 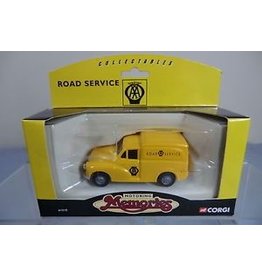 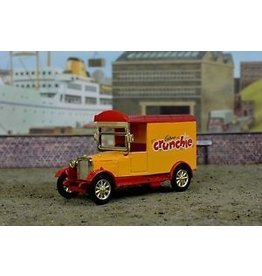 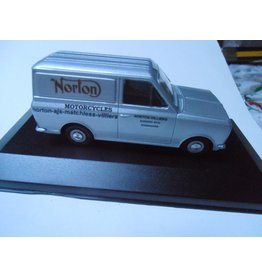 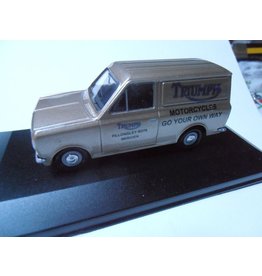 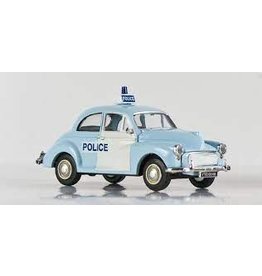 British Police car, Morris Minor 1000 in HO.
The Morris Minor is a British car that made its debut at the Earls Court Motor Show, London, on 20 September 1948. Designed under the leadership of Alec Issigonis, more than 1.6 million were manufactured betwe
Add to cart
Morris Minor 1000 "Police Panda car"
€9,95
€5,97
Please accept cookies to help us improve this website Is this OK? Yes No More on cookies »