The Stutz Motor Car Company, was an American producer of high-end sports and luxury cars based in Indianapolis, Indiana. Production began in 1911 and ended in 1935.

Stutz was known as a producer of fast cars including America's first sports car and, from 1924, luxury cars for the rich and famous.

The brand was revived in 1968 under the aegis of the Stutz Motor Car of America and it unveiled a line of modern retro-look cars. Although the company is still in existence, sales of factory-produced vehicles ceased in 1995 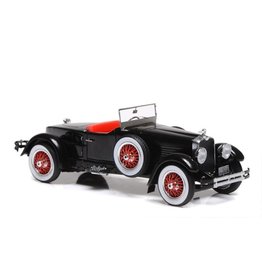