Aprilia was founded after the Second World War by Cavaliere Alberto Beggio as a bicycle production factory at Noale, Italy in the province of Venice. Alberto’s son, Ivano Beggio, took over the helm of the company in 1968 and constructed a 50 cc "motorcycle" with a dozen or so collaborators. The first production Aprilia mopeds were named Colibrì, Daniela and Packi. Aprilia later produced a motocross bike in 1970 called the Scarabeo. Produced until the end of the 1970s, the Scarabeo came in 50 and 125 cc versions.

In 1977 Ivan Alborghetti from Milan, Italy won the Italian 125 and 250 cc motocross championships on Aprilias. In 1978 Alborghetti closed the season with two third places in individual races and sixth place in the World Championship. In the 1980s Aprilia added enduro, trials and road bikes of between 50 and 600 cc. In 1981 Aprilia introduced the TL320 trials machine. In 1983 Aprilia launched the St 125 road bike. In 1984 Aprilia launched an improved model called STX, and an enduro, called the ET 50.

Also in the 1990s, Aprilia entered the scooter market starting in 1990 with Italy’s first all-plastic scooter, the Amico. In 1992, Aprilia introduced the Amico LK and the two stroke Pegaso 125, both with catalytic converters. In 1993 Aprilia launched a large diameter wheel scooter reusing the name Scarabeo with a four-stroke, four-valve engine. Later Aprilia launched more scooters such as the Leonardo, the SR and the Gulliver.

In 1995, Aprilia commissioned Philippe Starck to design the Motò which was shown in New York’s Modern Art Museum. Also in 1995 Aprilia launched the two stroke RS 125 and RS 250 sports bikes. In 1998 Aprilia launched the RSV Mille, a 1000cc V-Twin Superbike, and the Falco, a 1000cc V-Twin sport tourer with emphasis on sport. Both bikes used a variation of a Rotax 1000cc engine.

In 1999 Aprilia entered World Superbike Championship racing with its RSV Mille, and during 2000, Aprilia acquired Moto-Guzzi and Laverda, both historic heritage Italian marques. In 2000 Aprilia launched the 50 cc DiTech (Direct Injection Technology) two stroke engine for scooters which provides high mileage and low emissions, and also the RST Futura, a sport tourer, and the ETV 1000 Caponord; an adventure touring motorcycle. Both of these latter two motorcycles used a variation of the Rotax 1000 cc V-Twin.

Most recently, in 2003, Aprilia launched the RSV Mille Tuono which was essentially an RSV Mille with motocross-style high handlebars and only a small headlight fairing. Most of the major motorcycle magazines picked it for the best bike of the year. In 2004 Aprilia was acquired by Piaggio & C. SpA, to form the world’s fourth largest motorcycle group with 1.5 billion Euro in sales, an annual production capacity of over 600,000 vehicles, and a presence in 50 countries.

With the acquisition by Piaggio, the new President of Aprilia is Roberto Colaninno (President of Piaggio & C.), and the Managing Director is Rocco Sabelli. Son of the founder, Ivano Beggio, was the Honorary President and died on 13 March 2018. On 15 August 2010, Aprilia became the most successful motorcycle racing brand in history, surpassing fellow Italian MV Agusta with a record 276th victory. 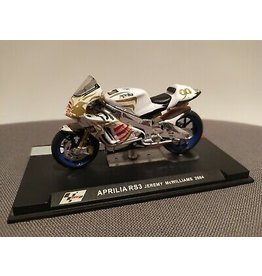 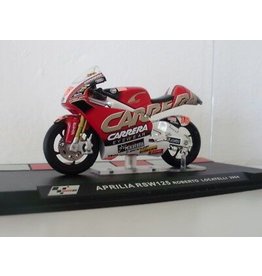 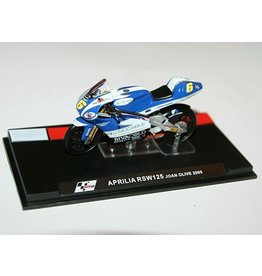 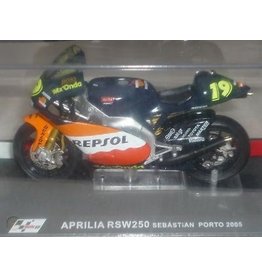 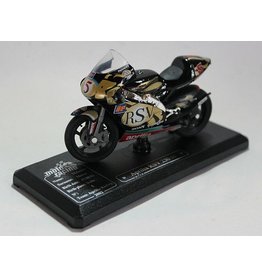