The Daimler Company Limited (/ˈdeɪmlər/ DAYM-lər), prior to 1910 The Daimler Motor Company Limited, was an independent British motor vehicle manufacturer founded in London by H. J. Lawson in 1896, which set up its manufacturing base in Coventry. The company bought the right to the use of the Daimler name simultaneously from Gottlieb Daimler and Daimler-Motoren-Gesellschaft of Cannstatt, Germany. After early financial difficulty and a reorganisation of the company in 1904, the Daimler Motor Company was purchased by Birmingham Small Arms Company (BSA) in 1910, which also made cars under its own name before the Second World War. In 1933, BSA bought the Lanchester Motor Company and made it a subsidiary of Daimler Company.

Daimler was awarded a Royal Warrant to provide cars to the British monarch in 1902; it lost this privilege in the 1950s after being supplanted by Rolls-Royce. Daimler occasionally used alternative technology: the Knight engine which it further developed in the early twentieth century and used from 1909 to 1935, the worm gear final drive fitted from 1909 until after the Second World War, and their patented fluid flywheel used in conjunction with a Wilson preselector gearbox from 1930 to the mid-1950s.

Daimler tried to widen its appeal in the 1950s with a line of smaller cars at one end and opulent show cars at the other, stopped making Lanchesters, had a highly publicised removal of their chairman from the board, and developed and sold a sports car and a high-performance luxury saloon and limousine.

BSA sold Daimler to Jaguar Cars in 1960 and Jaguar briefly continued Daimler's line adding a Daimler variant of its Mark II sports saloon. Jaguar was then merged into the British Motor Corporation in 1966 and British Leyland in 1968. Under these companies, Daimler became an upscale trim level for Jaguar cars except for the 1968–1992 Daimler DS420 limousine, which had no Jaguar equivalent despite being fully Jaguar-based. When Jaguar Cars was split off from British Leyland in 1984 it retained the Daimler company and brand. 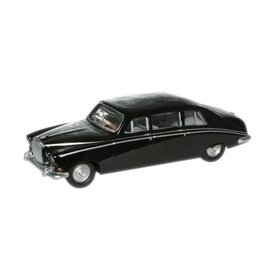 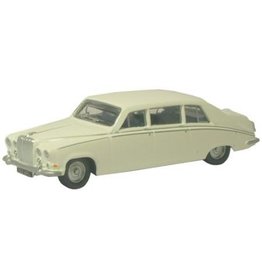