Delahaye was an automotive manufacturing company founded by Émile Delahaye in 1894, in Tours, France, his home town. His first cars were belt-driven, with single- or twin-cylinder engines mounted at the rear. His Type One was an instant success, and he urgently needed investment capital and a larger manufacturing facility. Both were provided by a new Delahaye owner and fellow racer, George Morane, and his brother-in-law Leon Desmarais, who partnered with Émile Delahaye in the incorporation of the new automotive company, "Societe Des Automobiles Delahaye", in 1898. All three worked with the foundry workers to assemble the new machines, but middle-aged Émile Delahaye was not in good health.

In January 1901, he found himself unable to capably continue, and resigned, selling his shares to his two equal partners. Émile Delahaye died soon after, in 1905. Delahaye had hired two instrumental men, Charles Weiffenbach and Amédée Varlet in 1898, to assist the three partners. Both were graduate mechanical engineers, and they remained with Delahaye their entire working careers. Weiffenbach was appointed Manager of Operations, and, with the blessing of both George Morane and Leon Desmarais, assumed control over all of Delahaye's operations and much of its decision-making, in 1906.

Amédée Varlet was hired in 1898 by Émile Delahaye, as the company's design-engineer. Charles Weiffenbach was hired simultaneously, as the founder's administrative assistant. Both were duly qualified mechanical engineers. When both were hired, Émile Delahaye aligned himself with a marriage related couple of Paris businessmen who owned a prosperous copper smithing enterprise, and one was a Delahaye car owner. Amédée Varlet is credited with a number of innovative inventions, two of which were generated between 1905 and 1911, which Delahaye patented. These included the twin-cam multi-valve engine, and the V6 configuration. Delahaye produced a low-volume series of twin-cam V6 engined Type 44 cars between 1911 and 1914. Today, the twin-cam V6 is the most prevalent production car engine. Varlet continued in this role until he eventually took over the Drawing Office, at 76 years of age, in 1932, when much younger Jean François was hired as chief design-engineer. Varlet was instructed by Weiffenbach, under directions from majority shareholder and board-of-directors chair, Madame Desmarais, deceased founding partner Leon Desmarais' widow, to set up the company's Racing Department,to be assisted by Jean François. The factory-workers who knew him well respectfully referred to Charles Weiffenbach as "Monsieur Charles". 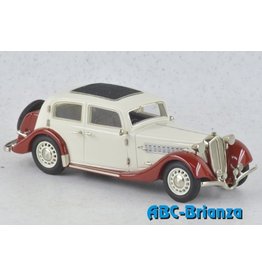