McLaren Racing Limited is a British motor racing team based at the McLaren Technology Centre in Woking, Surrey, England. McLaren is best known as a Formula One constructor, and is the second oldest active team, and second most successful Formula One team after Ferrari, having won 182 races, 12 Drivers' Championships and 8 Constructors' Championships. McLaren also has a history of competing in American open wheel racing as both an entrant and a chassis constructor, and has won the Canadian-American Challenge Cup (Can-Am) sports car racing championship. The team is a subsidiary of the McLaren Group, which owns a majority of the team.

Founded in 1963 by New Zealander Bruce McLaren, the team won its first Grand Prix at the 1968 Belgian Grand Prix, but their greatest initial success was in Can-Am, which they dominated from 1967 to 1971. Further American triumph followed, with Indianapolis 500 wins in McLaren cars for Mark Donohue in 1972 and Johnny Rutherford in 1974 and 1976. After Bruce McLaren died in a testing accident in 1970, Teddy Mayer took over and led the team to their first Formula One Constructors' Championship in 1974, with Emerson Fittipaldi and James Hunt winning the Drivers' Championship in 1974 and 1976 respectively. The year 1974 also marked the start of a long-standing sponsorship by Phillip Morris' Marlboro cigarette brand.

In 1981, McLaren merged with Ron Dennis' Project Four Racing; Dennis took over as team principal and shortly after organised a buyout of the original McLaren shareholders to take full control of the team. This began the team's most successful era: with Porsche and Honda engines, Niki Lauda, Alain Prost, and Ayrton Senna took between them seven Drivers' Championships and the team took six Constructors' Championships. The combination of Prost and Senna was particularly dominant—together they won all but one race in 1988—but later their rivalry soured and Prost left for Ferrari. Fellow English team Williams offered the most consistent challenge during this period, the two winning every constructors' title between 1984 and 1994. However, by the mid-1990s, Honda had withdrawn from Formula One, Senna had moved to Williams, and the team went three seasons without a win. With Mercedes-Benz engines, West sponsorship, and former Williams designer Adrian Newey, further championships came in 1998 and 1999 with driver Mika Häkkinen, and during the 2000s the team were consistent front-runners, driver Lewis Hamilton taking their latest title in 2008.

Ron Dennis retired as McLaren team principal in 2009, handing over to long time McLaren employee Martin Whitmarsh. However, at the end of 2013, after the team's worst season since 2004, Whitmarsh was ousted. McLaren announced in 2013 that they would be using Honda engines from 2015 onwards, replacing Mercedes-Benz. The team raced as McLaren Honda for the first time since 1992 at the 2015 Australian Grand Prix. In September 2017, McLaren announced they had agreed on an engine supply with Renault from 2018 to 2020. McLaren are using Mercedes-Benz engines from the 2021 season until at least 2024.

After initially returning to the Indianapolis 500 in 2017 as a partner to Andretti Autosport to run Fernando Alonso, McLaren announced in August 2019 that they would run in conjunction with Arrow Schmidt Peterson Motorsports starting in 2020 to run the full IndyCar Series, the combined entry being named Arrow McLaren SP. 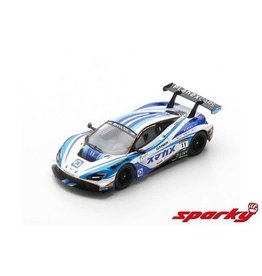 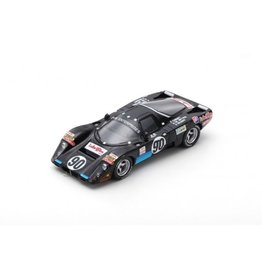