Setra is a German bus brand of EvoBus GmbH, itself a wholly owned subsidiary of Daimler Truck AG.

The name "Setra" comes from "selbsttragend" (self supporting). This refers to the integral nature of the construction of the vehicles back in the 1950s when competitor vehicles still featured a separate chassis and body (often manufactured by separate companies). It is also possible that, with an eye to export markets, the company was mindful that for non-German speakers, the name "Kässbohrer" is difficult to pronounce. Until 1995 the firm operated under the name Karl Kässbohrer Fahrzeugwerke GmbH, but in that year economic difficulties enforced its sale to Daimler-Benz AG (between 1998 and 2008 known, especially in the United States, by the name of its holding company Daimler Chrysler). Since 1995, Setra has been a brand of the Daimler subsidiary, EvoBus GmbH.

The North American distribution for Setra by Daimler was set to be partnered and taken over by Motor Coach Industries on April 25, 2012, as Daimler restructured its North American bus operations in 2013; this agreement lasted until the end of 2017 when the REV Group assumed distribution responsibilities. Daimler again self-distributes Setra coaches in North America since January 2020, through its new subsidiary, Daimler Coaches North America, LLC, with service support from Daimler Trucks North America. 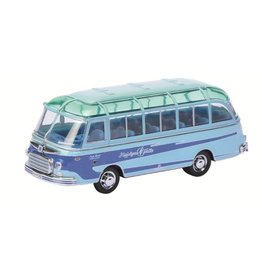